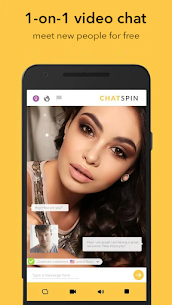 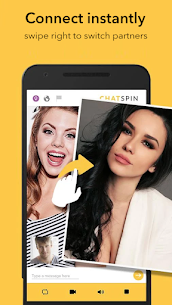 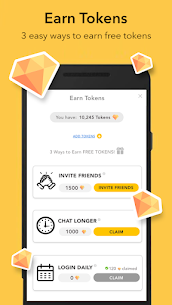 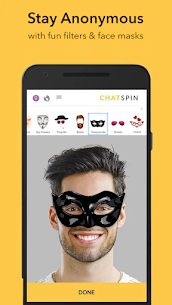 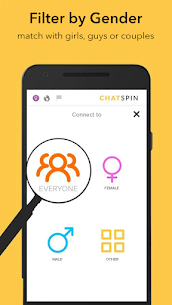 Chatspin is a famous Android app and iOS app, which allows the user to chat and video, and voice call with random people all around the world. Chatspin is available for both Android and iOS users. It’s like Omega, Chatroulette, etc.

There are plenty of people who leave their comfort zone during a typical conversation. Not because of what they’re talking about, but because of the mere fact that they’re talking at all. Even those who wouldn’t necessarily describe themselves as introverts can feel this way. It’s easy to assume that someone just “isn’t a people person”, but what if they’re simply using the wrong medium? It could be that random video chatting is the answer to many of their problems.

What makes random video chatting so special, that it can reduce something as pervasive as social anxiety? If you’re using a random video chat app like Chatspin, the answer really isn’t that complicated – it’s because all the right tools are there. All you have to do is hop online and see for yourself. Not only will you have a fun time talking with strangers, but you could also enjoy a boost in your social confidence. Still not convinced? Here are some specific talking points; if they don’t do it for you, maybe you’ll just have to find out for yourself!

It happens to everybody at some point: you want to talk to someone, but something is holding you back. Maybe you don’t know them that well, or you don’t know them at all – and you have no idea how they’ll respond if you approach them. Are they even interested in meeting someone new? Will they nod and smile through your attempts at conversation, while they’re inwardly wondering what on earth you’re trying to do?

Well, if you’re on a random chat site, you’ll never experience that feeling. You’ll come across some chat partners who aren’t interested in talking to you, but if that’s the case, they’ll simply go to the next chat. Your chat partners will like you, or they won’t; either way, you won’t have to slog through a one-sided conversation in the hopes of saving your dignity, and maybe convince them that you are actually worth talking to.

Do you ever feel like other people’s expectations tend to hamper the way you express yourself? For instance, you could be tempering your sense of humor because it might scandalize some family members. Maybe you avoid being the center of a conversation because you’re characterized as “shy and sweet” by many of your friends. Whatever the case, these kinds of minor character adjustments are pretty common in real life – but on a video chat site, they don’t have to be.

Your chat partners don’t start an interaction with any particular expectations, so you’re the one who gets to show them who you are. They might love you, or you could rub them the wrong way, but that isn’t your responsibility – all you have to do is be yourself. And remember, if some of your chat partners decide not to stick around, there are plenty more that will; you just have to find them!

Why would having infinite chat partners help with anything? Well, if you know that you can always find someone else to talk to, there won’t be as much pressure to get your current chat right. Maybe this sounds like a psychological quibble, but the thought is probably in the back of your mind when you’re meeting someone new: this could be the last chance I’ll have for a while to hit it off with someone, so I hope I get it right. Maybe it isn’t the biggest cause for stress, but it’ll definitely be gone if you’re random video chatting.

Do you know what else can cause stress during an interaction? The fear of messing up, and then not being able to remove yourself from the situation. Plus, there’s always the chance that someone else witnessed your gaffe – then it’s twice as bad.

But guess what? Random video chats provide the perfect tool to bypass that particular source of anxiety: it’s the “next” button. With a single click, you can leave a chat that’s somehow gone south, and instantly be paired up with someone new. Sure, your old chat partner will know what happened, but why would that matter? You’re both chatting anonymously online, and the chances of you ever meeting again are slim to none.

This feature doesn’t just give you all the fresh starts you could ask for; it can also take away a lot of the stress that often accompanies a conversation with a stranger. And if you can get used to talking to people without all that pressure, maybe that could carry over to your real life as well.

Case in point: skipping over chat partners, and even leaving a chat while they’re in the middle of a sentence, is common practice. This would be horribly rude in real life, but people do it during random chats just to keep things efficient. If they didn’t, they’d be wasting all kinds of time on chats that didn’t interest them at all.

You can also be a lot blunter without worrying about how it’ll impact your social standing. Whatever you say won’t reach the ears of relatives, acquaintances, or co-workers, and if your chat partner isn’t happy with it, they don’t have to stick around for more. This doesn’t give you a license to be a jerk; it just means that you don’t have to be quite so concerned with being polite. As long as you start each chat with a friendly introduction, and generally respect the opinions of others, you’re doing everything you need to.

Are you ready to try random video chatting?

You could experience some of the above benefits, or you might even find a few of your own. The best part is, you hardly even have to try – just start out by having fun, and the rest will follow! 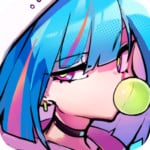 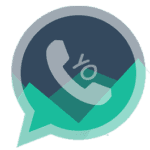 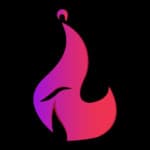